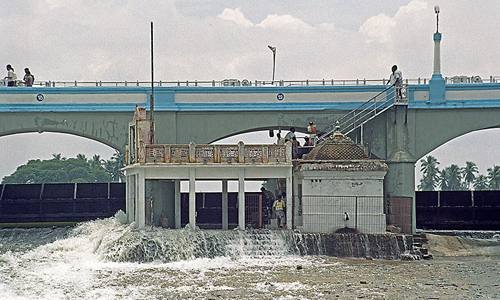 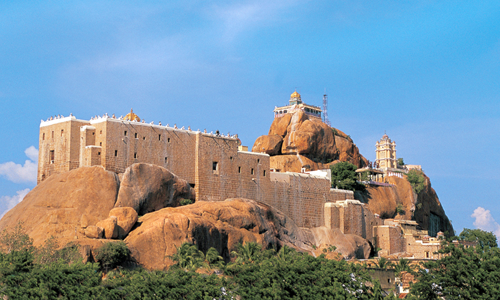 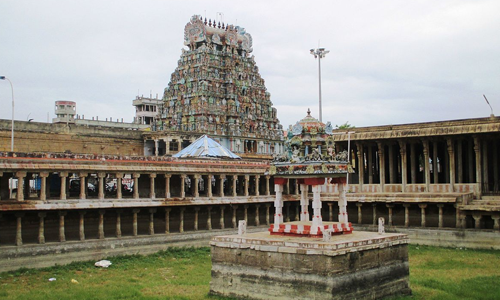 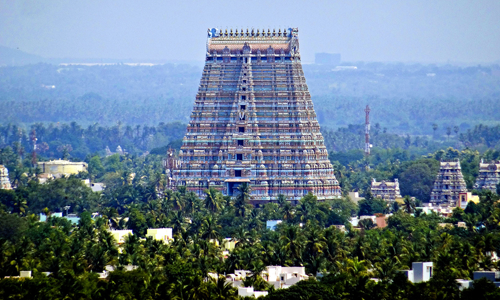 The most famous land mark of this bustling town is the Rockfort Temple, a spectacular monument perched on a massive rocky out crop which rises abruptly from the plain to tower over the old city. It was one of the main centers around which the wars of the Carnatic were fought in the 18th century during the British-French struggle for supremacy in India. The city is a thriving commercial centre in Tamil Nadu and is famous for artificial diamonds, cigars, handloom cloth, glass bangles and wooden and clay toys.

Tiruchirappalli Rockfort is a historic fortification and temple complex built on an ancient rock. It is located in the city of Tiruchirappalli,Tamil Nadu, India.

Srirangam is the foremost of the eight self-manifested shrines (Swayam Vyakta Kshetras) of Lord Vishnu . It is also considered the first, foremost and the most important of the 108 main Vishnu temples.

Jambukeswarar Temple, Thiruvanaikaval  is a famous Shiva temple in Tiruchirapalli (Trichy), in the state of Tamil Nadu, India. The temple was built by Kocengannan (Kochenga Chola), one of the Early Cholas, around 1,800 years ago. It is located in the Srirangam island, which has the famous Ranganathaswamy temple.

Kallanai is an ancient dam, which is built (in running water) across the Kaveri river in Tiruchirappalli District in the state of Tamil Nadu in India. Located at a distance of 15 km from Tiruchirappalli, the dam was originally constructed by the Chola king Karikalan in 2nd century AD. It is located on Kaveri river approximately 20 KM from Trichy, but the dam falls under Thanjavur district. and is the fourth-oldest water-diversion or water-regulator structures in the world and the oldest in India which is still in use.